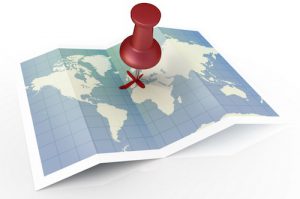 The first thing you need to consider when choosing a dedicated server location is low dormancy and quick access. It’s desirable to choose a dedicated server that is located in the same country or continent as your target audience. This will ensure that your web pages or applications are delivered quickly because of low dormancy. It generally takes more time for a packet of data to travel from one country to another than when sending the same packet within a single country. And, a quick website or application loading time will engage your end users more effectively and their overall experience will be much more satisfying. Moreover, website loading time affects SEO as well.

Another factor that you need to take into consideration when choosing a dedicated server location is that there may be some legal requirements for data to reside in particular countries. This means that you need to choose a location that complies with legal terms and conditions.

Close to your audience

If your dedicated server location is the same as your target audience then this has many interesting benefits like improved local ranking with the major search engines. When a server is located in the same country or continent as your target audience it means that the websites will load faster compared to the competition and this will improve overall user experience. In the case of Forex trading, for example. or other Internet-based financial or share trading even a millisecond difference may result in hundreds or thousands of dollars earned or lost – depending on whether the connection was fast or slow.

The bottomline is that when opting for a dedicated server you need to choose a location that is in the same country or continent as your target audience. If the server is located close to you then the benefits are immense. Choosing a location like Denver, Chicago, London or Singapore can prove to be very beneficial if you are living in the US, UK or South East Asia respectively. With dedicated server hosting there are many benefits to be enjoyed like greater reliability as well as flexibility. More importantly, it ensures greater security as well as higher website performance.

SSD Or HDD Powered Servers – What Technology Do I Require?

Till quite recently it was mostly only possible to buy servers with a hard drive for storage. A few very ultraportable devices came with an SSD or Solid State Drive. The traditional HDD (hard disk drive) is a non-volatile storage on which information remains present even after power to the unit has been switched off. A hard drive is made up of a platter (made out of metal), which has a magnetic coating on which data can be stored.

The SSD on the other hand can do everything that a HDD can do but data is stored on flash memory chips (interconnected) that continue to store data even when power to them is switched off. Here is a brief look at the difference between SSD and HDD powered servers and what technology do you require for your specific needs.

Essentially, an SSD and a HDD perform similar functions, which are to boot up your system and store information. However, each differs in many ways. For example, SSDs are more expensive than HDDs. The former costs about five times as much per GB. Typically, a HDD costs between four and five cents per GB as compared to 25 cents per GB for an SSD.

Secondly, whereas a modern HDD has a base storage capacity of about 500 GB the SSD only has about 128 GB of storage space. However, this lack of storage capacity is offset when one considers the speed at which the SSD works. A computer with an SSD will boot in under 60 seconds and often in a matter of seconds. A HDD server on the other hand could boot much slower.

HDDs are good at storing vast amounts of information. SSDs on the other hand are quicker but they generally do not have the same amount of storage capacity as HDDs. However, the good news is that SSDs do not have moving parts – unlike a HDD. This means that if you use your server roughly you could end up facing issues if you are using a HDD powered server. There are no such problems with SSD powered dedicated servers.

HDDs are easy to buy. They are readily available though in recent times SSDs have started to prevail over HDDs. Even so, most people prefer HDD powered servers over SSD powered ones. The good news is that more and more SSD lines are being offered now.

HDDs can’t be extremely small because they have to use spinning platters. There are no such limitations in the case of SSDs, which means that in the coming years they may become even smaller than they already are.

HDDs emit some noise when in operation. SSDs on the other hand make no noise since they do not use any mechanical parts. Also, an SSD does not have to use electricity to spin any platter, as is the case with HDDs. This means that SSD powered servers are less costly to run.

The bottom line is that when it comes to deciding on a particular technology you need to keep in mind that HDD dedicated servers are more budget friendly options. They are also widely available. SSD powered servers on the other hand are great if you need ultimate speed that no other HDD will provide you with.